Kathy is a Royal Air Force officer with a Masters Degree in Aeronautical Engineering and shares her experience on military engineering careers and her pathway to her current role working with the mighty #TeamChinook.
Kathy owes her passion for aeronautical engineering to her father, Philip Morten. As this episode is released just after Father’s Day in the UK, Kathy pays tribute to the role Philip played for both herself and many colleagues over his 50 years supporting 424 City of Southampton Squadron Air Cadets
We discuss many topics including the difference between predictive maintenance in military engineering versus commercial aviation, banter in the workplace and the story of Beatrice Shilling and her critical role in pioneering #womeninengineering.

WES would love to hear about your plans to celebrate International Women in Engineering Day. Get in touch below! 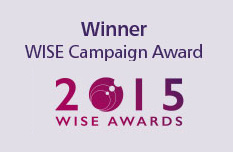